Though not necessary for the vast majority of corporate video work, storyboarding is common practice in commercial video production. In the commercial world, storyboards are usually referred to simply as “boards” and are a way to demonstrate visual ideas to the client for approval before a shoot occurs. Because of the immense amount of money spent on commercial production, the advertising agency wants to make sure the client fully understands and signs off on any ideas before hundreds of thousands of dollars are spent on producing a finished commercial. As part of the process, once the general concept for the commercial is approved, boards are created to show a shot-by-shot look at the flow. Understanding the value of storyboards is a good way to understand whether they are the right way to proceed for smaller budget corporate video work or general commercial work.

Storyboards have multiple purposes and uses, depending on who is reviewing them and who they are intended to impress. When designed for clients, they are primarily intended to represent a concept visually for fuller understanding of the flow of the commercial or corporate video. Not everyone can read a concept on paper and visualize how it will look roughly when shot, so being able to create storyboards allows everyone to be on the same page without any big surprises. Even on more limited budgets, storyboards can be valuable to communicate information quickly and avoid unpleasant surprises down the road.

In general, storyboards won’t be commissioned or presented until a contract is in place or the client has signed a contract, though. Even simple black and white boards cost money and take time to create. If you’re on a limited budget, keep in mind that requiring storyboards for your project will add to the final budget. On any project smaller than $10,000, it probably doesn’t make a lot of sense to request storyboards unless you have a bunch of decision-makers who need to be impressed before you proceed.

Another primary use for storyboards is for the director to have a clear idea about his shot selection and be able to communicate his exact vision before a camera is ever set up on the shoot day. No matter how creative the advertising agency or copywriters, they are not production professionals and have limited understanding of shot selection and camera angles. Creative agencies bring aboard production companies to handle the fine details of executing a concept, which is where the highly paid director earns his paycheck.

A concept may say, “Trevor enters the room looking confident,” but the director has to transform a simple line into an appropriate visual. The director may decide Trevor should have a slight smirk, maybe cross his arms upon entering the room, and because of the nature of the concept, the shot should be low angle. The storyboard would then show a low angle camera view of Trevor, looking menacing and confident. The storyboard phase also allows a lot of discussion that on many corporate videos occurs after the point at which no changes can be made without incurring additional expenses. It prevents misunderstandings and encourages open communication among a group of people. When storyboards become less useful is during any sort of documentary-style corporate work, where a videographer is recording a bunch of footage (like an event, activities, etc.) and an editor later assembles the footage in some logical fashion to fit with interview commentary or voiceover. When a corporate video has a clear script, storyboards become a lot more valuable to the process. Even so, each client has to figure out their own cost-benefit analysis of whether the added expense is worthwhile given the overall budget or whether it’s unnecessary. The pickier the client and the more important the video, the more likely storyboards become worth the investment. 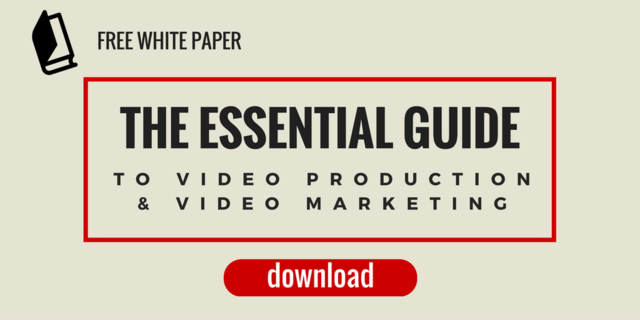